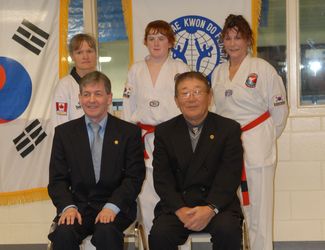 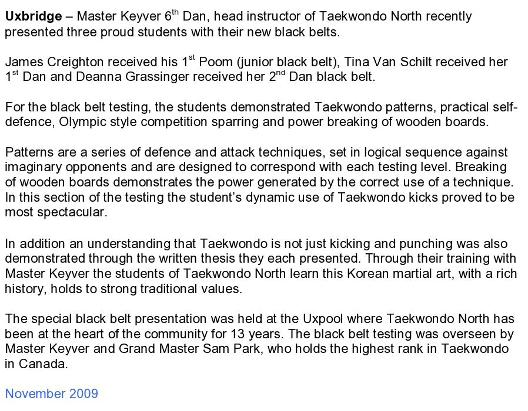 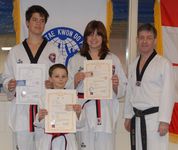 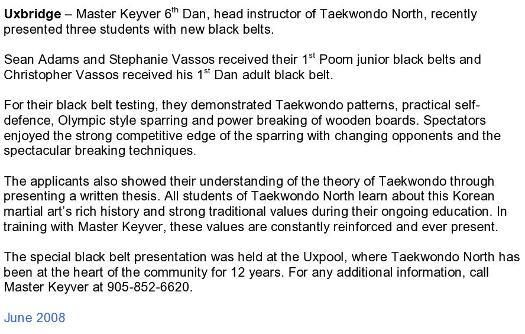 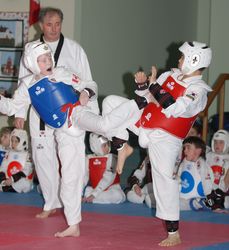 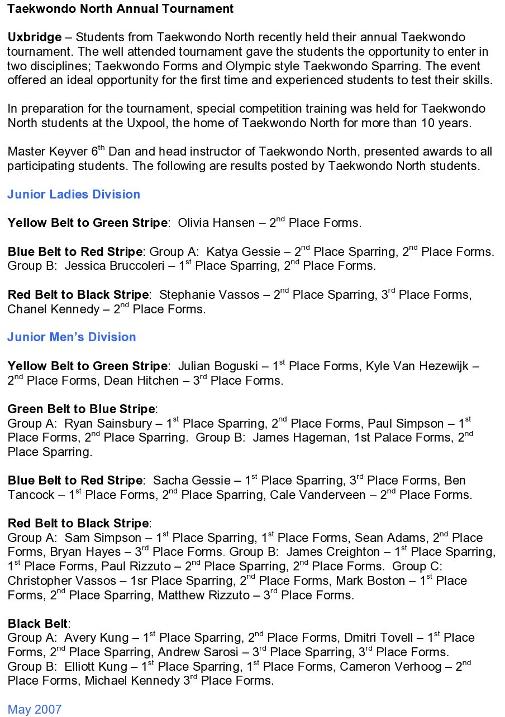 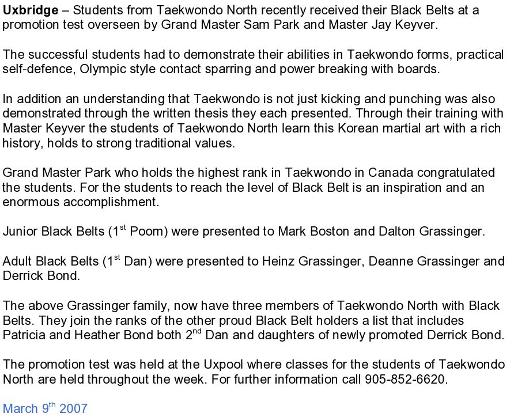 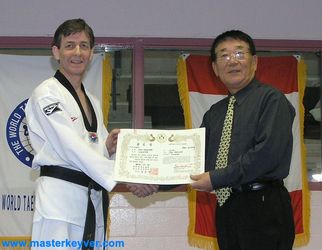 In his presentation speech, Grand Master Park thanked Master Keyver for his outstanding commitment over three decades and for special services in advancing Taekwondo in the communities of Uxbridge and Newmarket. He also emphasized the dedication Master Keyver has shown to teaching strong traditional Taekwondo values to families and their children in particular.

Master Keyver and his students are currently celebrating their 10th anniversary at the Uxpool, the home of Taekwondo North in Uxbridge. Special events have been planned throughout the year as part of the celebrations. For further information on these events call 905-852-6620. 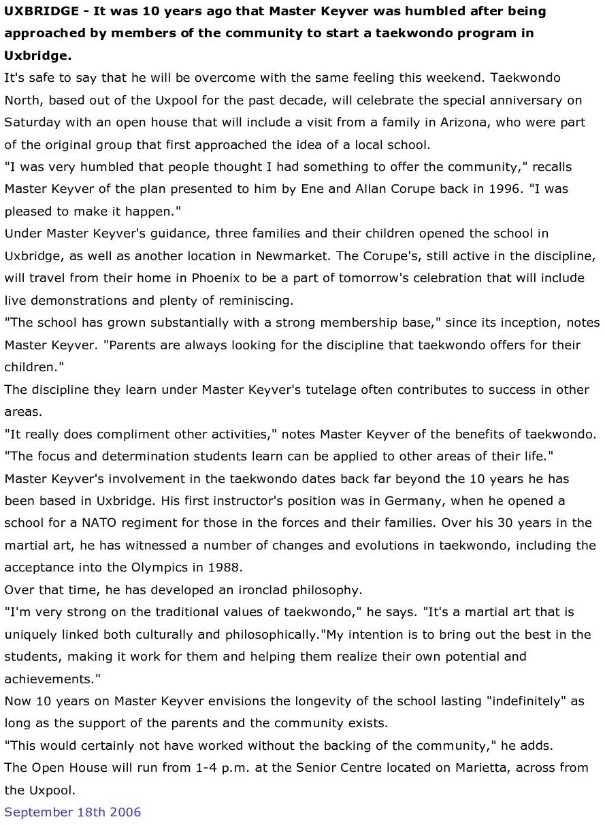