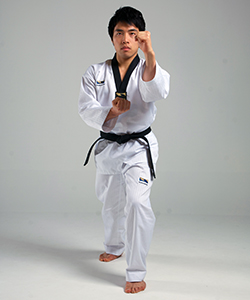 A striking technique of using the rotational force of the body moving horizontally against the target. This is a striking skill of delivering a blow to the opponent’s temple or solar plexus with the bent elbow. The performer may use his or her knee to attack the opponent in the solar plexus or the ribs. 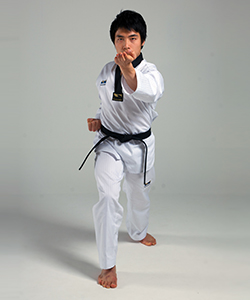 A striking technique of twisting the body of the performer. This is a striking skill of twisting one’s trunk with the advancing leg and striking arm facing and traveling against each other. 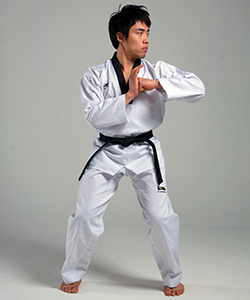 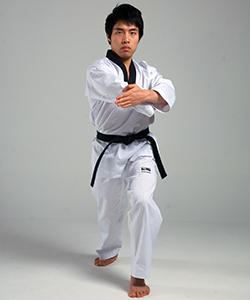 All kinds of offensive techniques delivered by the                hand excluding fist, fingertips and foot. 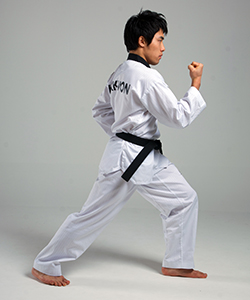 A striking technique delivered from a higher to a lower level. This refers to a vertical strike with the bent elbow delivered to a target by using the Back Knuckle, Hammer Hand, Hand Blade, Elbow, etc. When striking with the Ridge Hand, the arm should be completely extended to avoid injury to the joint. 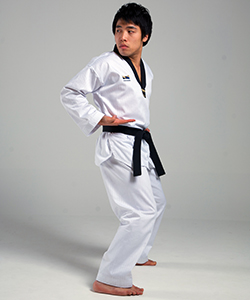 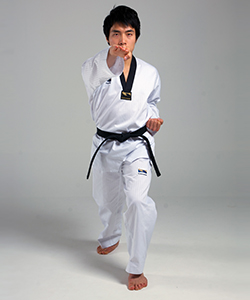 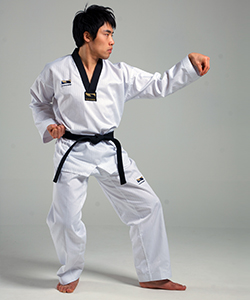 A striking technique vertically delivered from a lower to a higher level. This is a striking skill to deliver a blow to the opponent’s jaw with batangson or gupin-sonmok (Bent Wrist) or his or her solar plexus with the elbow. When grabbing the opponent, the performer may strike the solar plexus or stomach of the opponent with his or her knee.

They are the techniques of striking targets by using the rotational force of the body while the elbow is being bent and extended or just in a state of being bent. These techniques include all offensive strikes executed with hands except jireugi (punching), jjirueugi (thrusting), and jjikgi (chopping). 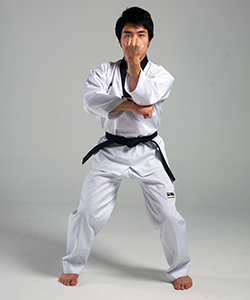 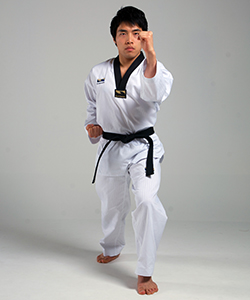 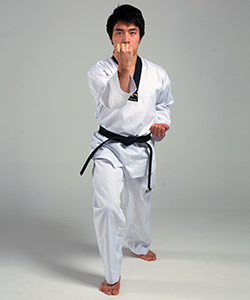 A technique of striking a target with deungjumeok (Back Knuckle) or ageumson (Arc Hand). This is a skill to strike the opponent’s nose or philtrum by bending one’s elbow and striking from the inside to the front or from the outside to the inside in a circular motion with back knuckle. Also, one may strike the opponent’s throat or chest in a linear motion with batangson or ageumson. 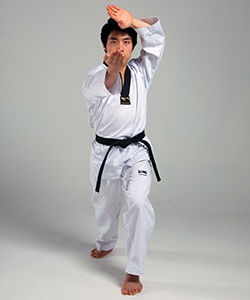 A technique of striking inward or forward with one hand while blocking upward with the other hand. This is a skill of bringing defense and offense together in one movement. The performer can execute olryeo-makgi (Upward Block) using one hand in the form of the Hand Blade while striking the opponent’s jaw or neck with batangson-apchigi (Palm Heel Forward Strike) or sonnal-anchigi (Hand Blade Inward Strike) with the other hand.