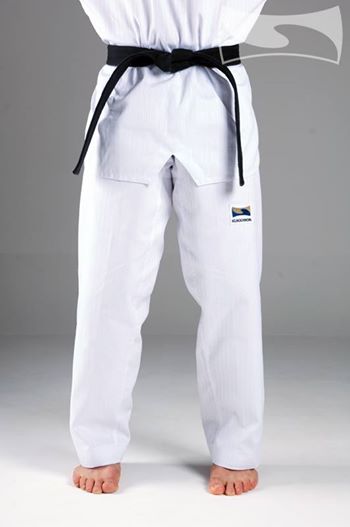 Narani-seogi (나란히서기) Parallel Stance>A stance where both feet are parallel to each other. This is a stance with both knees straightened, the center of gravity kept in the middle and the inside edges of both feet facing together. When the end of toes face inward, it is called anjjong-seogi (Inward Stance) and when they face outward, pyeoni-seogi (At Ease Stance). 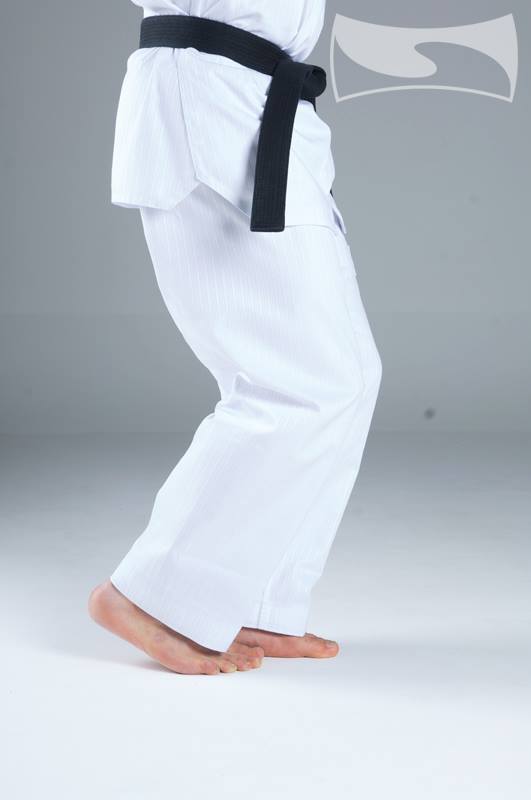 Gyeotdari-seogi (곁다리서기) Assisting StanceA posture of bending the legs by moving the center of gravity on one foot and keeping the center of balance with the assistance of the other foot. Both knees are lowered as in juchum-seogi (Riding Stance). The big toe of the assisting rear foot is brought inward to touch the middle part of the inside edge of the supporting front foot. With the supporting foot in place, the ball of the assisting foot only touches the ground when its heel is lifted off the ground. 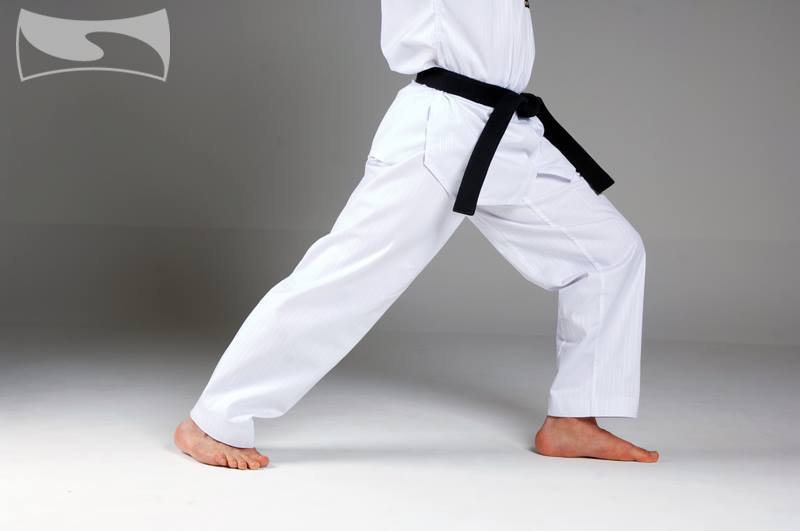 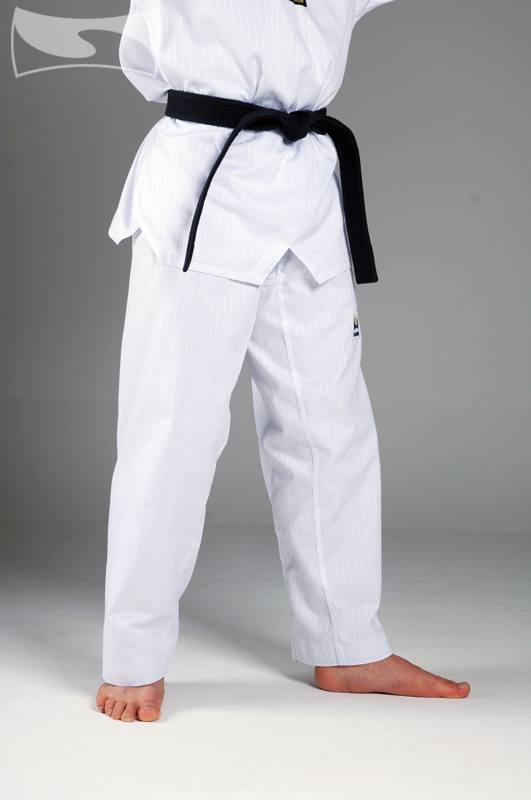 Yeop-seogi (옆서기) Side StanceA stance of pivoting the right or left foot perpendicular to the inside edge of the other foot from narani-seogi (Parallel Stance). With both knees straightened, the width between the two feet is about the length of one foot. The end of the advancing foot should be at a right angle to the other foot.

Various postures of standing on one's feet in order               to perform offensive and defensive techniques. 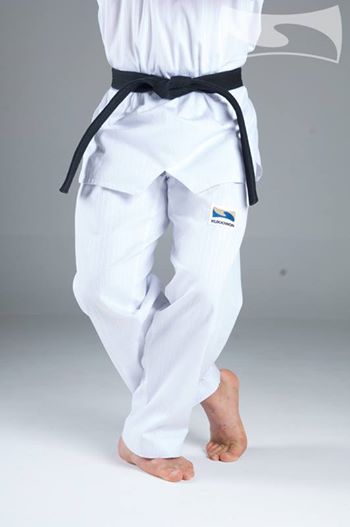 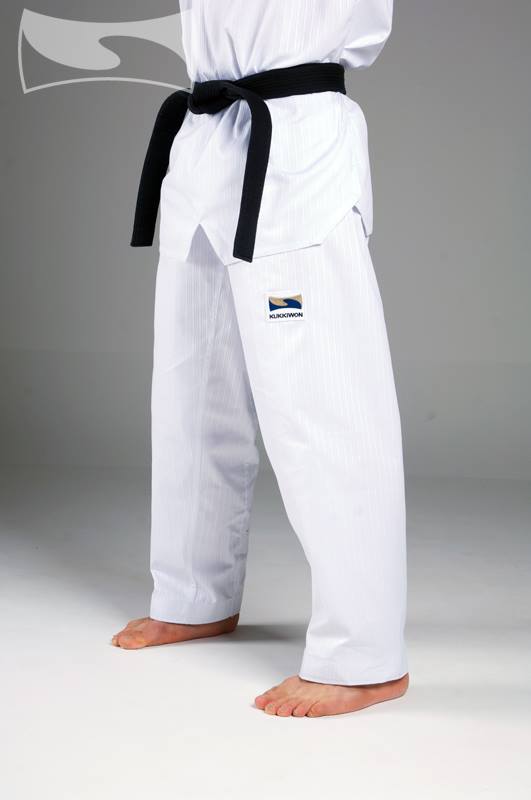 Mo-seogi (모서기) Diagonal StanceA stance of facing diagonally with the center of gravity evenly distributed to both legs. This is a stance where both feet are turned diagonally to attack the opponent or evade his or her offense. 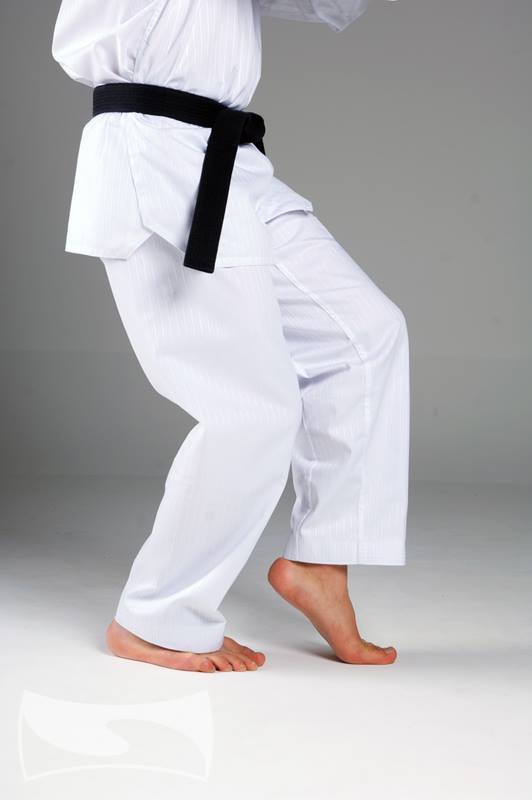 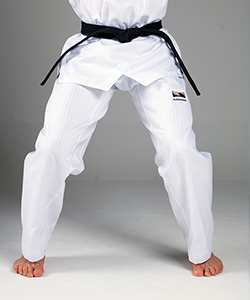 A stance where both feet are parallel, both legs slightly bent with the width of two-one foot between them. When looking down at the knees of both legs which are bent, they should be on the same line with the ends of feet. The trunk and both knees and shins should be upright. The trunk, knees and shins are in the upright position. When the ends of feet are turned inward, it is anjjong-juchum-seogi (Inward Riding Stance). When one foot is one step forward, it is ap-juchum-seogi (Forward Riding Stance). When one foot is diagonally forward, then it is called mo-juchum-seogi (Diagonal Riding Stance).

They are the various standing postures with feet positioned  on the ground to efficiently shift the performer's center of gravity and/or change his or her directions. 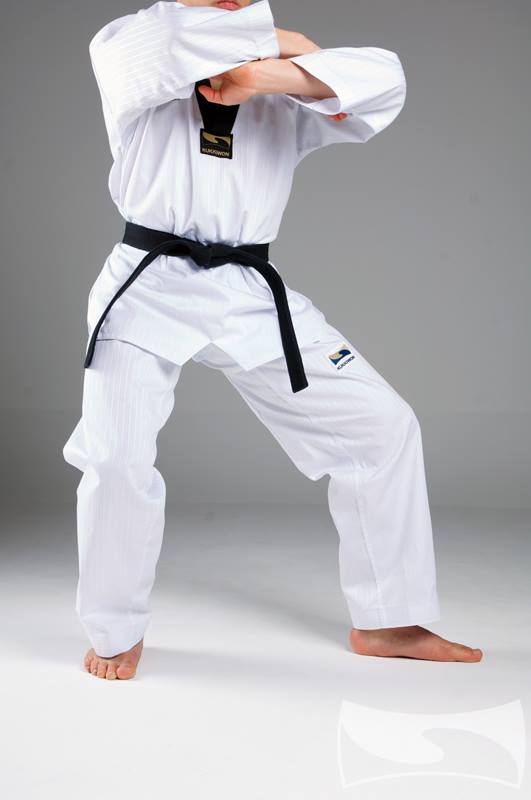 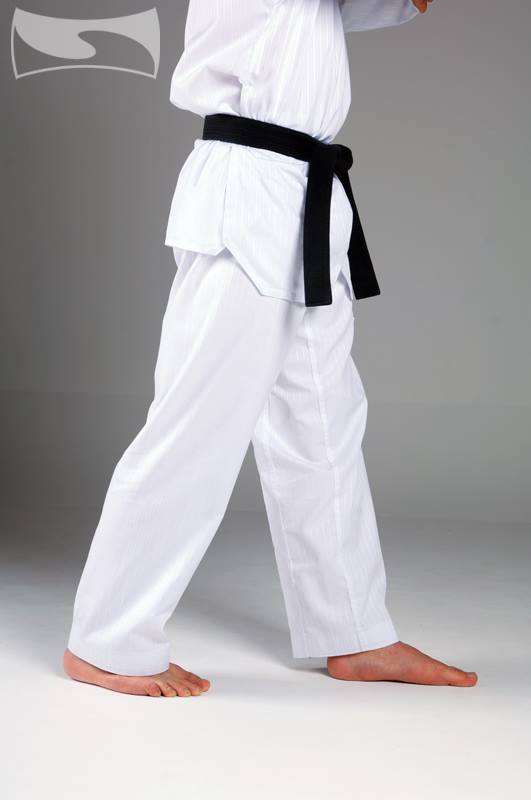 Ap-seogi (앞서기) Walking Stance Stance of taking one walking step forward. The width between the two feet is about the length of one walking step and the center of gravity remains in the middle with the trunk in an upright position. 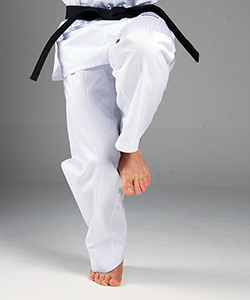